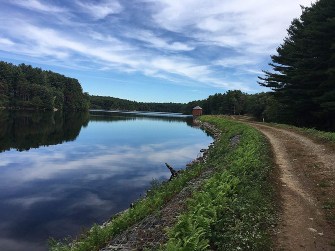 One of the first towns that petitioned the Colonial government to secede from the British Empire, Malden has come a long way from those revolutionary days. Today, Malden is a diverse city (in keeping with its rich history as a city of immigrants) with distinct neighborhoods, each with its own charm and appeal ranging from beautiful Victorian homes and convenient access to the MBTA in the West End to the historic Bell Rock Park area near the Encore Boston Harbor Casino.

Settled in 1640 and incorporated as a separate town nine years later, Malden, which is named for Maldon, England, became a city in 1882.  Farming and fishing along the Mystic River were important early industries, but today manufacturing prevails with products that include mattresses, furniture, computer printers, chemicals, paper boxes, and inks.

Malden, which is only five miles from Boston, offers many recreational opportunities at numerous parks, Middlesex Fells Reservation, and nearby beaches. Malden also has a growing and eclectic culinary scene.

Things To Do in Malden: